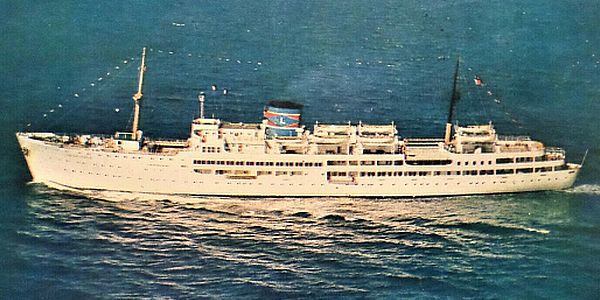 Built for Swedish Lloyd Line as Patricia, she was converted to a boutique-style cruise ship by Hamburg American Line of Germany in 1957. The vessel was purchased by Eastern in May 1961 as a replacement for the older Yarmouth and Evangeline, for whom this was was their most luxurious ship, somewhat like a private yacht. She sailed mainly from Miami and Port Everglades to the Bahamas and Caribbean until 1972, when traded in a deal with Chandris Lines for the highly-regarded Emerald Seas.