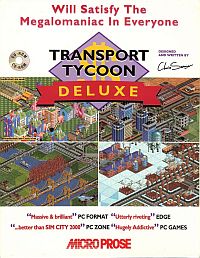 Transport Tycoon Deluxe is an addictive transportation simulation video game for one or two players that allows implementation of several modes of transportation to build a network of routes serving businesses and passengers in the towns and cities on the scenario map.

The Scenarios and Games:


These are two original scenarios and saved game examples that you can download here safely and freely.

Go to: MIAMI TO SOUTH AMERICA

Get the Application Software:


These Transport Tycoon Deluxe scenarios can be customized in many ways with the companion application, TTDPatch by Josef Drexler, particularly by using the "pre-signals" option. It allows signaled rail systems where trains do not get trapped coming from opposite directions with nowhere to go. You could use double-track instead, but I prefer using single track with passing sidings wherever possible, more like real US railroad practice. 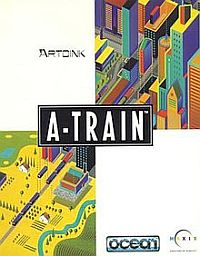 A-Train is a VERY COOL 1992-vintage railroad simulation game by Maxis Software. You can spend more hours than you should being mesmerized by the trains running on routes and schedules that you devise.

Get the Application Software:


The A-Train games here can be played on the original Maxis software which may be available from Amazon.com at A-Train (DOS).


Serious would-be A-Train railroad builders will greatly appreciate A-Train: The Official Strategy Guide. It details the economics of virtually every move, and fills in the missing details that help you choose the right train and track plan for each situation. Check availability in our BOOKSTORE!