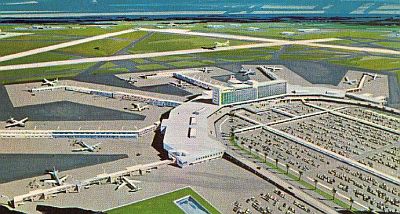 Dade County built the biggest airport terminal in the world (above) in Miami, which opened on February 1, 1959. Note the 270-room hotel atop the terminal building. 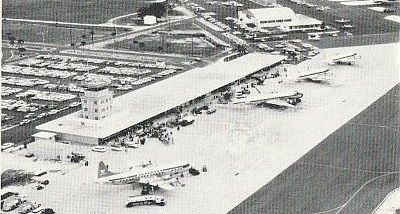 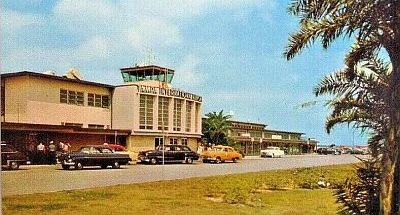 Tampa's West Shore terminal (above) opened in 1952, supplemented by a new runway and other improvements which were completed for the jets by 1963.

Jacksonville continued to use the old Imeson Airport terminal building (below) which was built in 1941. A new airport with longer runways more suitable for jets opened in 1968, north of the city. 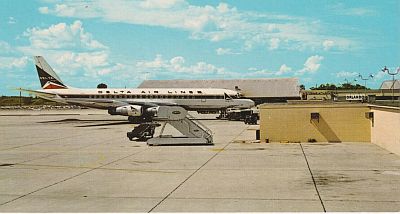 In Orlando (above), an agreement with the military in October, 1961 allowed jetliners to land at McCoy Air Force base.

At West Palm Beach, jets used the older facilities at Morrison Field (below) dating from 1936, until the new terminal opened in 1966.

The St. Petersburg/Clearwater airport terminal (below) opened in 1957 and was adequate to handle its limited jet service. 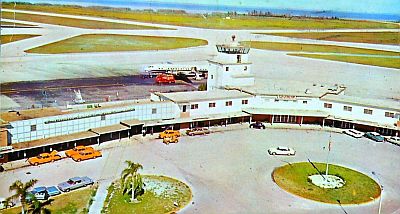