Founded in 1934, by the end of the decade National Airlines had established a route system between Miami and New Orleans. In 1945, they inaugurated propeller aircraft service from Florida to New York and other cities along the East Coast. The following year, propeller driven Douglas DC-4's began non-stop flights between Miami and New York and the airline relocated its headquarters from Jacksonville to Miami.

In the 1950's, more advanced pressurized propeller aircraft were added to the fleet including the Douglas DC-6 and DC-7, Convair 440 and Lockheed L-1049 Super Constellation. 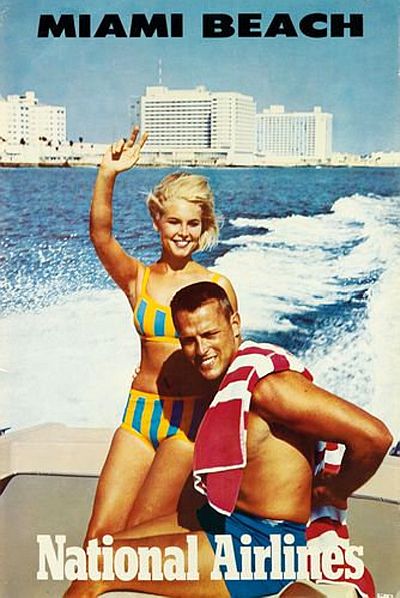 On December 10, 1958 National Airines became the first carrier to operate jet flights within the U.S.A. flying the New York (Idlewild) - Miami route with two Boeing 707's leased from Pan American World Airways for the winter months. On February 11, 1960 they launched jet service with their own Douglas DC-8-20's, and on March 15 became the first airline to fly jets into Tampa.