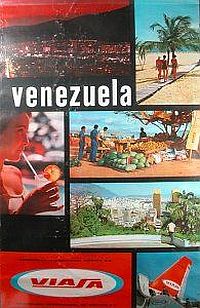 VIASA obtained Douglas DC-8 jets in 1961 from KLM Royal Dutch Airlines and began service to Europe. Later in the year, they received their own Convair 880 jets, which had actually been ordered by Avensa, and added service from Caracas to New York. By 1962, they were serving Miami with Convair 880's from both Caracas and Maracaibo.


Go to Viasa Venezuelan Airlines timetables or select schedules by aircraft below: