In 1958, Capital Airlines was the fifth largest airline in the U.S., operating a network of routes in the east and south. While they struggled financially, United Air Lines wanted to obtain Capital's new routes to Florida awarded in 1958. A merger was completed on July 1, 1961, by which time Capital was flying Boeing 720 jets nonstop from Cleveland and Pittsburgh to Miami. Vickers Viscount prop-jets operated from Buffalo, Pittsburgh and Cleveland to Atlanta, Jacksonville, Tampa, West Palm Beach and Miami. 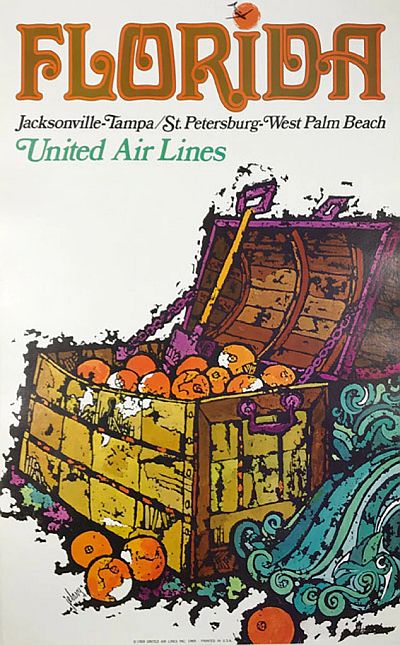 The merger made United Air Lines the largest airline in the free world. The jets inherited from Capital were supplemented by United's Douglas DC-6 propeller aircraft. In 1961, United Air Lines became the only U.S. carrier to operate the French Sud-Est Caravelle jet and soon deployed them to Florida. By 1963, they were operating Boeing 720 jets on the nonstop routes from Pittsburgh and Cleveland to Miami and also Cleveland - Pittsburgh - Tampa - Miami. The Caravelles were operating from Cleveland and Pittsburgh to Atlanta, continuing to Jacksonville and Miami.