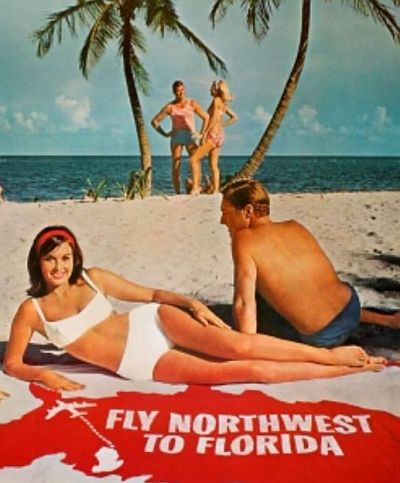 Northwest Orient Airlines began jet service to Florida in 1960 with new Douglas DC-8-30 jets. They were replaced by the slightly smaller Boeing 720-B's in 1961, which were more suited to the medium-haul routes to Florida. On February 12, 1963, flight 705, operated by a Boeing 720-B and heading to Chicago, crashed into the Everglades after departure from Miami due to extreme wind shear while passing through a storm system. All 35 passengers and 8 crew perished.

Go to Northwest Orient Airlines timetables or select schedules by aircraft below: