They were the first to fly the Douglas DC-8 jet, with the inaugural flight on September 18, 1959 from New York (Idlewild) to the Delta Air Lines hub in Atlanta. Florida service soon followed when non-stop flights from Chicago and Atlanta to Miami started October 15 and from Detroit to Miami on December 1. 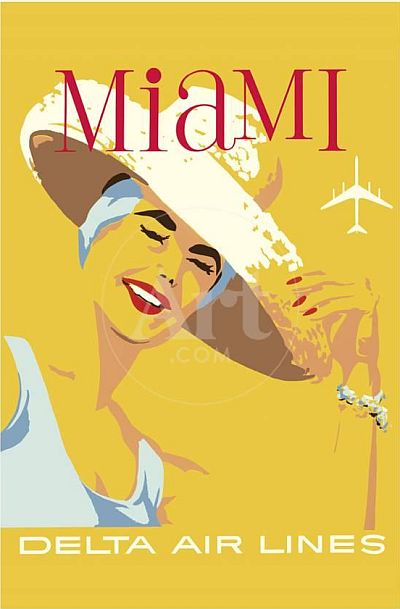 In 1960, Delta Air Lines was also the first to fly the Convair 880 and on October 29, 1961 they were the first airline to offer jet service to Orlando at McCoy Air Force Base. By January 1963, their jets were operating up to 16 daily nonstop flights each way from Chicago, Detroit and Cincinnati to Miami; from Chicago and Cincinnati to Tampa; and from Atlanta to Jacksonville, Orlando, Tampa and Miami. The original DC-8-10's were converted to DC-8-50 fan jets in 1963.

Go to Delta Air Lines timetables or select schedules by aircraft below: