1989 Watch a vintage 3½ minute slideshow video of a 1989 round-trip from Florida to New York on Amtrak with several stopovers. Included were the Silver Meteor Fort Lauderdale to Florence SC, Palmetto to New Carrollton MD, and regional trains from New Carrollton to New York, stopping in Baltimore and Philadelphia to take station pics. The return was via Metroliner service from New York to New Carrollton, regional to Washington and Silver Star overnight to Fort Lauderdale.

At that time the Silver Meteor Tampa and Miami sections were joined at Auburndale FL. On this date the combined consist was 2 F40's and 12 cars. The Silver Star was separated at Jacksonville with the Tampa section routed via Orlando and Miami section via Wildwood. 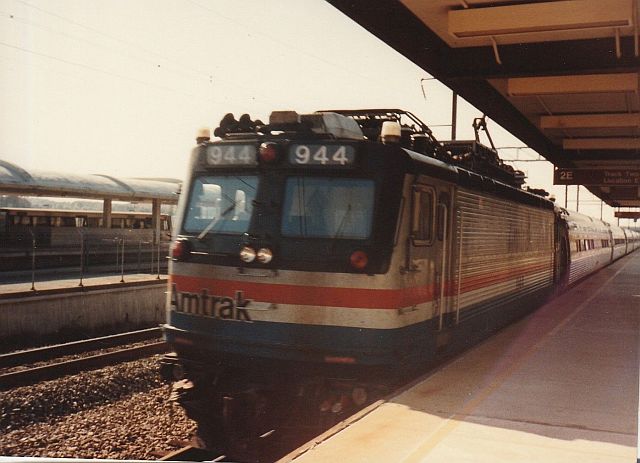 1990 Watch a vintage 11 minute slideshow video of a 1990 round-trip from Chicago to California and back. The trip begins at Chicago Union Station aboard the superliner California Zephyr westbound through the Rocky Mountains to Oakland, California. It continues on the Coast Starlight along the Pacific coast to Los Angeles, then the Sunset Limited through the Southwest to San Antonio and Texas Eagle onward to Chicago. Accommodations were all by Superliner bedroom except the daytime trip on the Coast Starlight by economy bedroom (roomette). 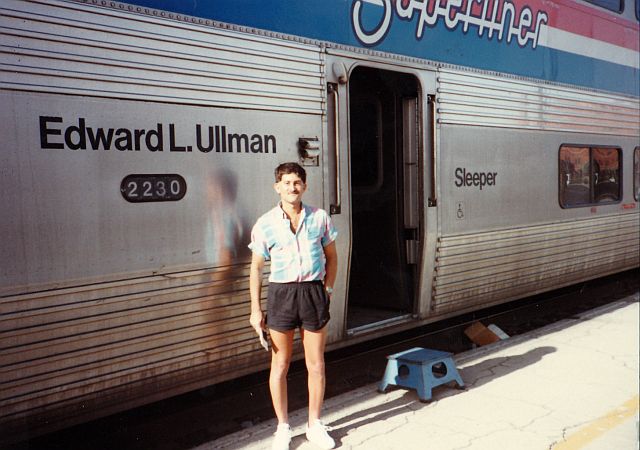 The P-40's were top priority for two Florida services, which were previously handled by older P30 diesels. First, the popular Lorton, VA to Sanford, FL Auto-Train received not only new locomotives, but a completely new consist of Superliner II passenger cars.

Next was the tri-weekly Sunset Limited, which became America's first transcontinental passenger train on April 4, 1993, when the Los Angeles-New Orleans route was extended to Miami. For operational and cost-cutting reasons, the route was later terminated at Orlando. Then, following Hurricane Katrina in August, 2005, the route was cut back to New Orleans again. Through sleeping car lines from the Northeast to the Pacific Coast existed in the 1940s and 50s, but this was the only truly transcontinental passenger train in American rail history.

The P-42's were assigned to pull the Silver Meteor and Silver Star, the two daily New York-Miami "Silver Service" trains. These Seaboard names have survived since the 1930's and 40's, with daily streamliners serving the same end points, though the routes have varied slightly from time to time.

About color schemes: The image of Amtrak #815 and the colors on this page show Amtrak's red, white, blue and silver.